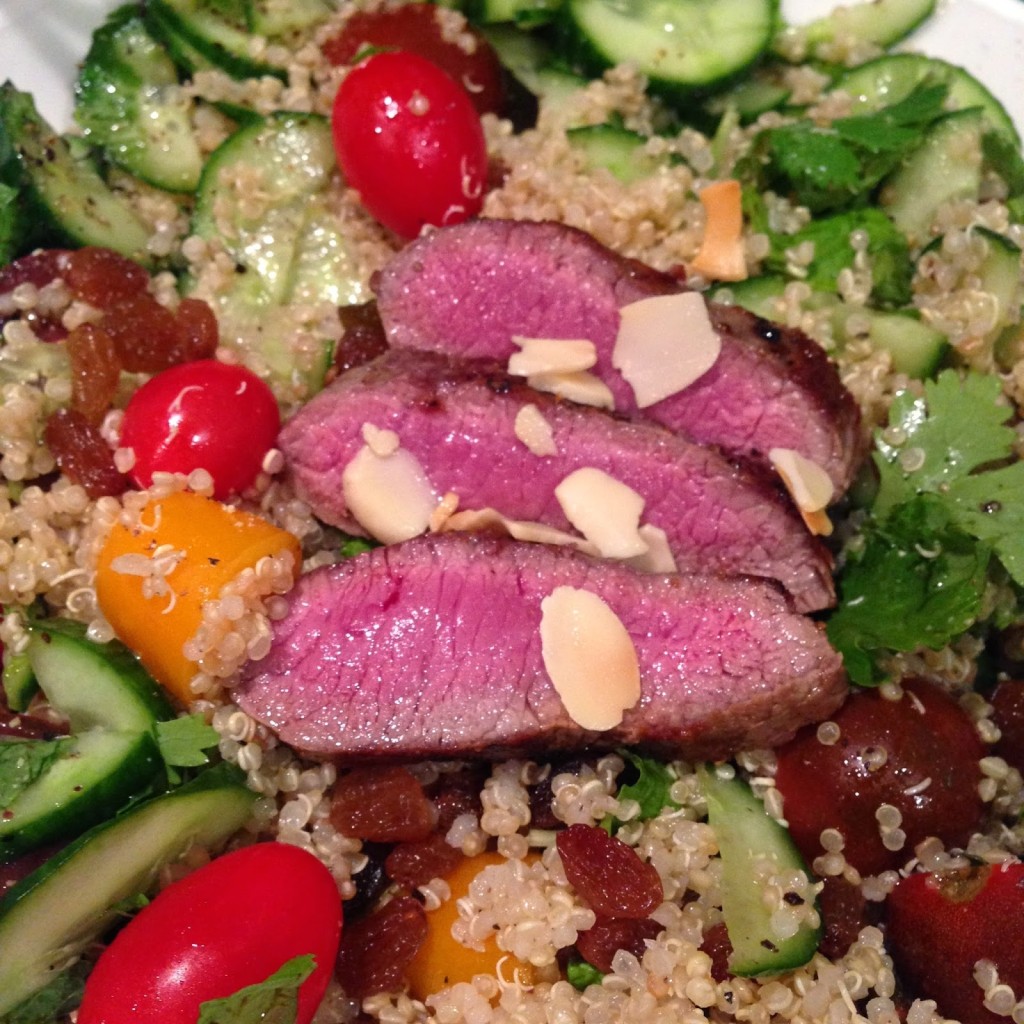 Quinoa. Having yet to jump on the bandwagon for this trendy, pseudo-grain, I had only ever had a spoonful here and there as I picked at friend’s lunches and breakfasts. I had never cooked with it, but was delighted by its ease.

The following recipe takes inspiration from Gordon Ramsay’s Ultimate Home Cooking. What stands out about this dish is its freshness and bold, unadorned flavours. Gordon Ramsay always knows when to leave produce alone to stand without culinary clutter.