I love Christmas, and I especially love eating Christmas foods; this means mince pies. I thought it would be a spot of fun to gather as many different types of supermarket mince pies as I could get my hands on and judge which is the best. I had to venture to new and “exotic” lands to gather all competitors as my leafy neck of the woods is bereft of certain supermarkets. It was an effort to assemble the lineup of 19, but certainly worth it. To my amazement, the mince pie scene is thriving. There are so many different varieties, but only what I deem a classic mince pie made this competition. Shout-out to Aldi for their intriguing salted caramel mince pies, though I can’t really imagine what they’re like.

Down to business. These were all tested neat – no custard, cream, ice-cream etc. – just the pie straight from the oven after warming. I tested them over two mornings with sips of coffee in between each as a palate cleanser. The ones that had rated highly on day 1, were tested against the highs of day 2 to make sure my palate was at the same place.

Although appearance is a key factor in food these days (must be Instagrammable) I was only going to let appearance come into the decision if two were of equal standing, and then the better looking pie would win, but as I found out, the better looking pies happen to taste better as a rule. The plainer looking pies are funnily enough some of the most expensive from premium supermarkets, and some of the most attractive the cheapest and from bargain supermarkets. Go figure?!

Here are the rankings from worst to best. I don’t like giving scores as such, I find comments more helpful. There was only one which was inedible, the rest were perfectly fine and enjoyable if you were handed one with a glass of mulled wine; it’s only when you start to truly analyse that you can separate them distinctly. The top 11 are all actually bloody delicious, and nearly impossible to separate, so price and appearance became factors to order them. As a judge I have no bias towards any brands and what makes the world of food and drink so interesting is that there is no right or wrong. What I love, you may hate, but that’s what makes things fun.

19) The worst pie I tasted, was Morrisons Baked In Store, retailing at £1.70 for 4. I had to spit it out. My Partner in Crime who tasted them all too, said it smelled funny, he was right. It smelled odd and tasted worse, like a weird cornish pasty meat pie thingy with some fruit in it. It got spat out. Yuck. Fail. No. Avoid. Perhaps it was baked in the same oven along with a batch of pasties, who knows, but I wouldn’t risk it again. It also is pretty ugly, which I was willing to overlook if it was delicious. 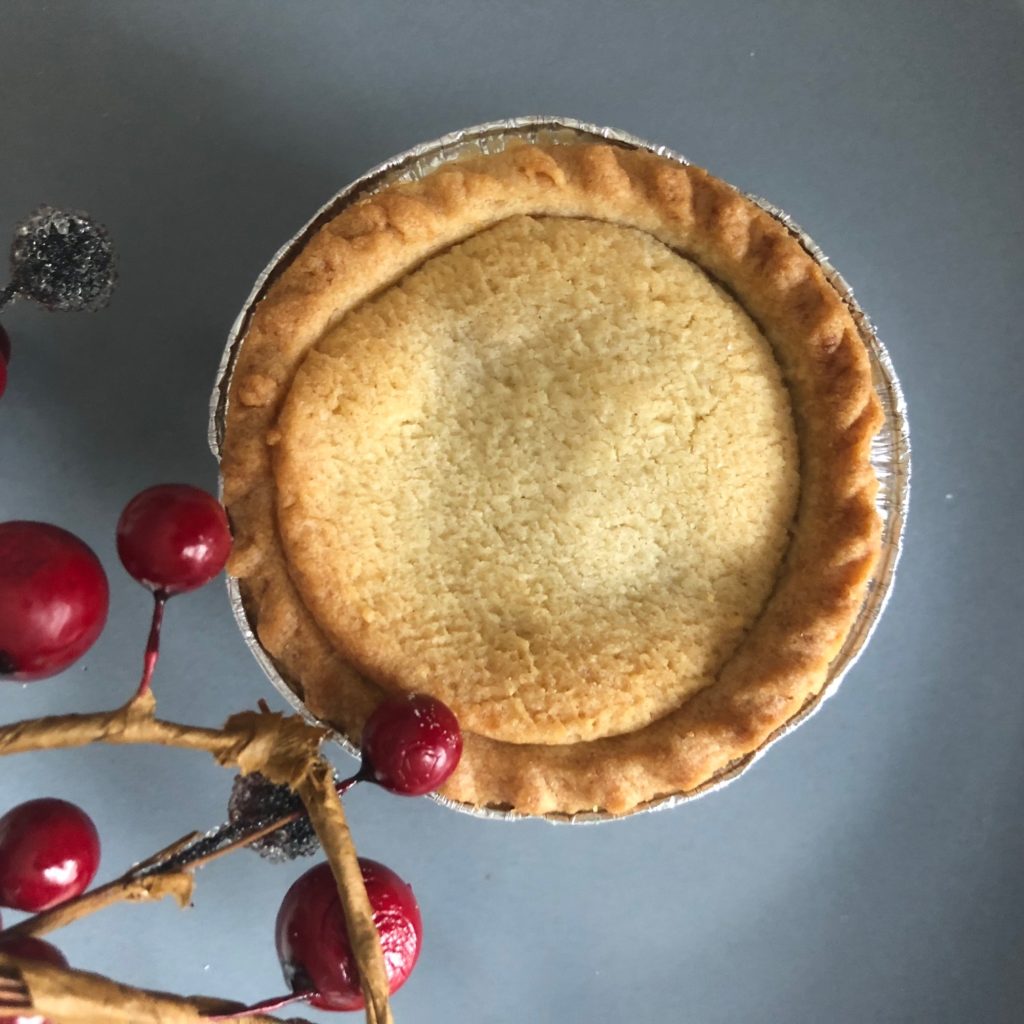 18) Iceland’s 12 Mince Pies (£1.75) were disappointing. The pastry was soggy and the filling didn’t have enough goodies in it and was more like a fruit gravy. 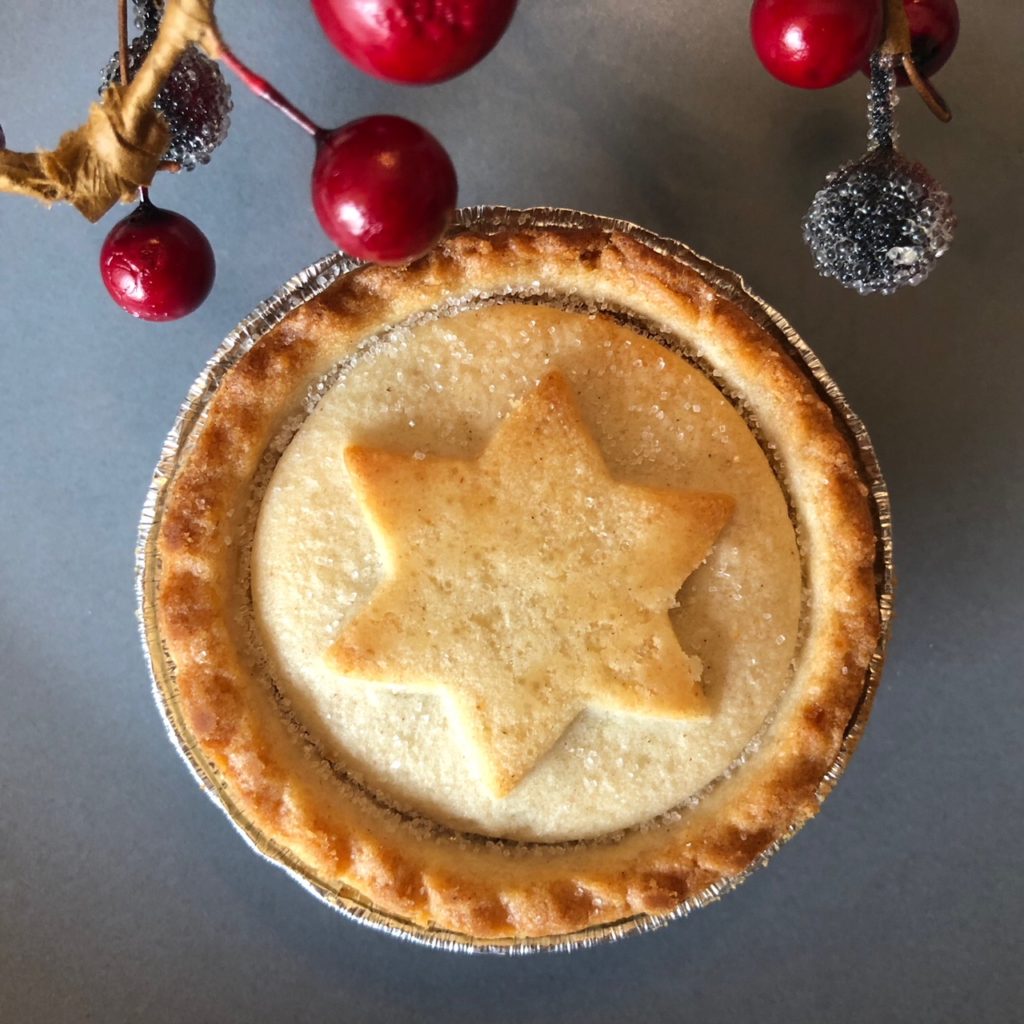 17) Mr Kipling 6 Merry Mince Pies (£1.60) exclaims to be Britain’s Favourite on the pack, but he was not my favourite. There was a good burst of cinnamon, but the fruit was a bit soupy and although the pastry had a nice crunchy top, it was not sweet enough. 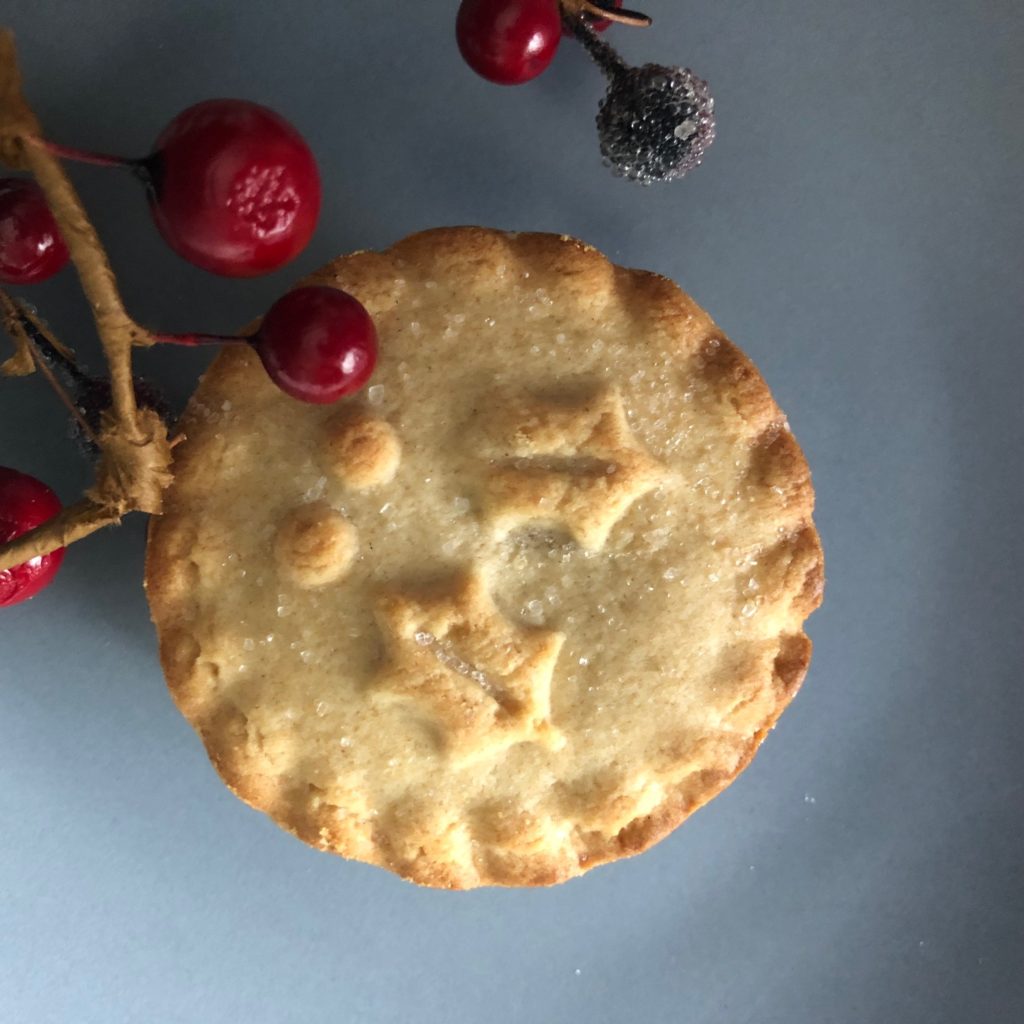 16) The M&S All Butter (£2.50) had a nice filling with plump fruit and a full-bodied taste but the pastry tasted a little like cold fat and there was a strong taste of baking soda too. Shame, because the filling really was good. 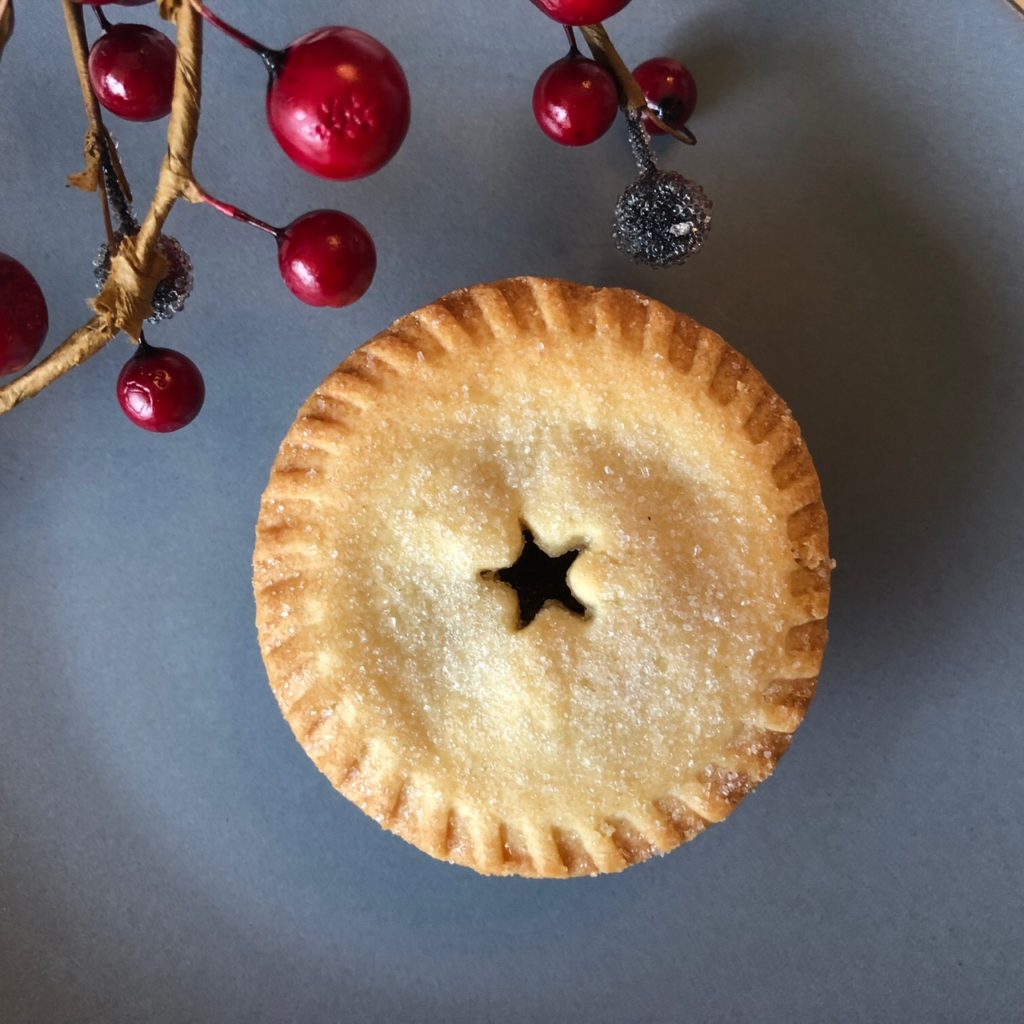 15) Essential Waitrose (£1.00) was an ugly pie and it didn’t taste super great. It lacked bulk and had a soupy, syrupy filling. The pastry was fine but rather bland overall. 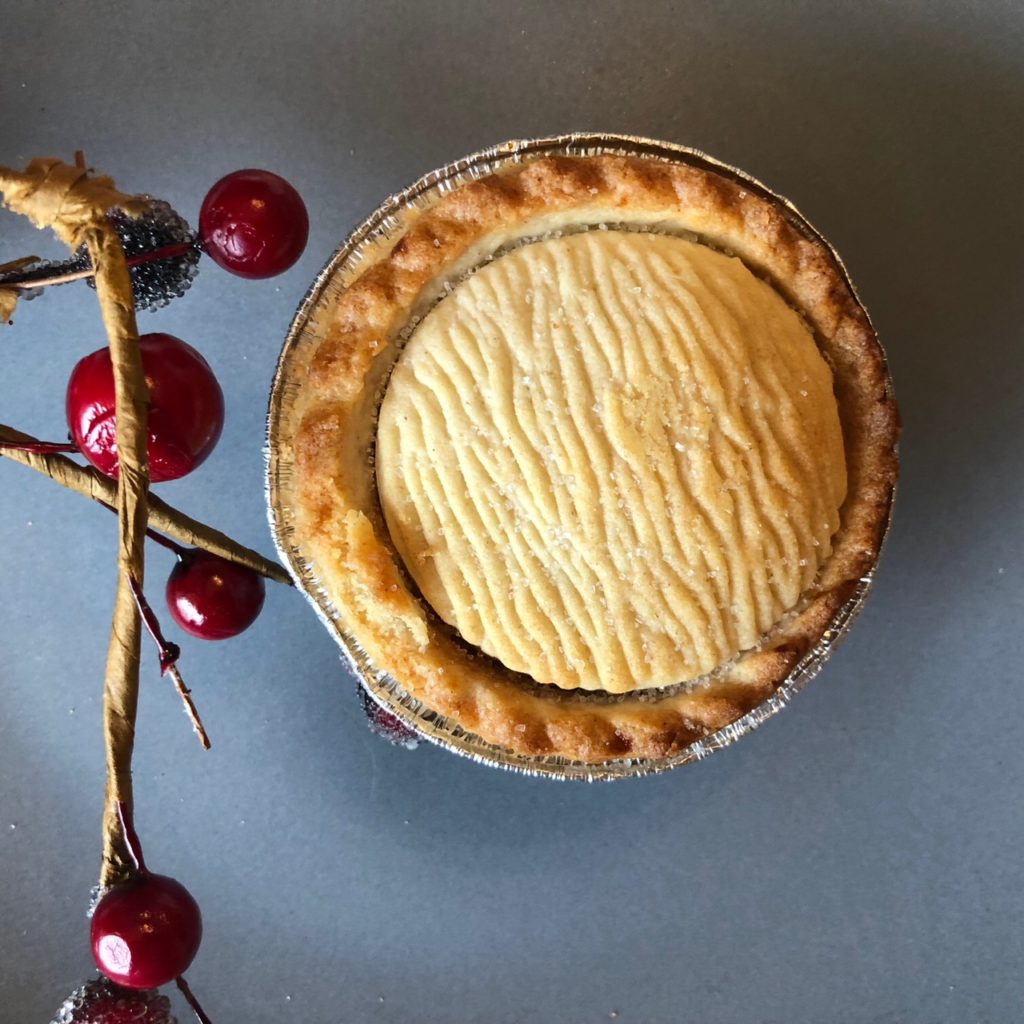 14) Tesco Mince Pies (£1.00) had average pastry, the fruit was not full-bodied enough and also a bit syrupy. 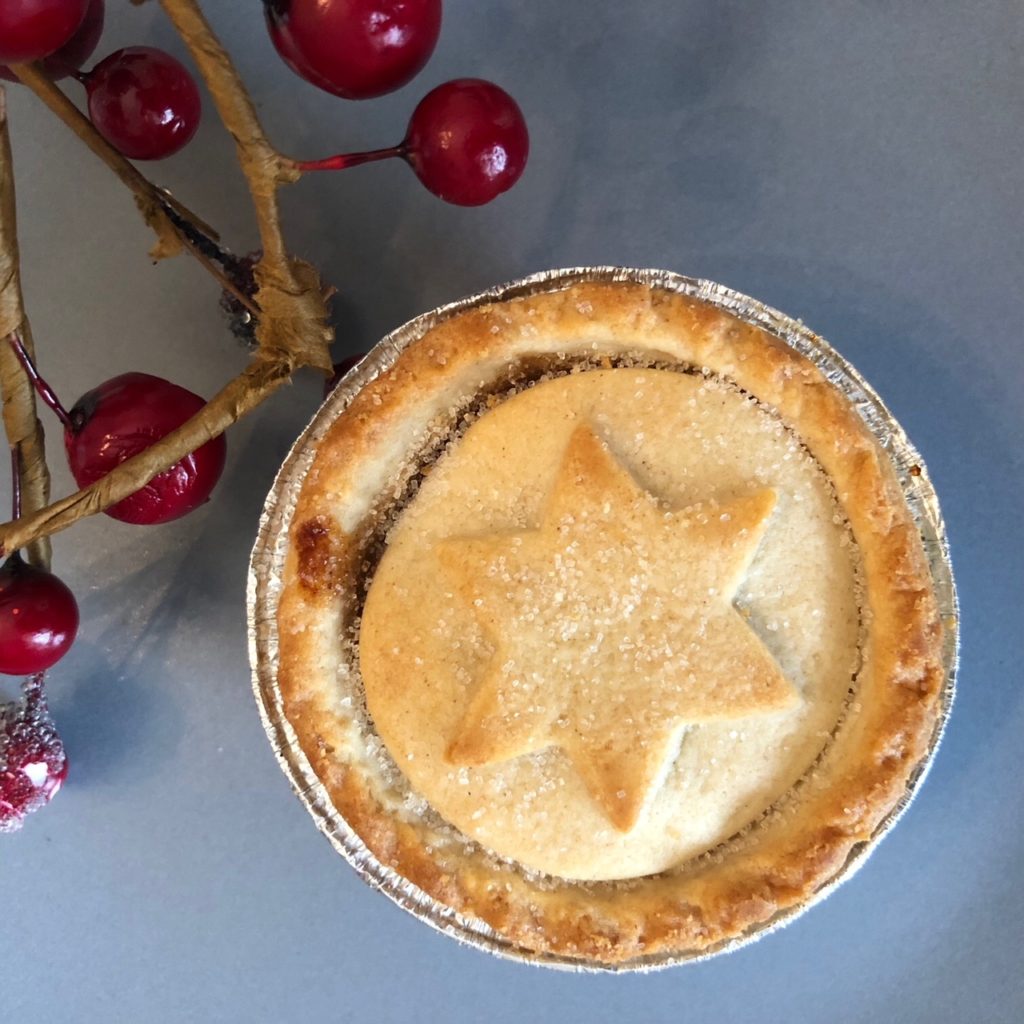 13) Sainsbury’s Deep Filled Mince Pies (£1.00) have a lovely boozy full-bodied rich fruit filling, but the pastry is nothing special and is slightly claggy. Still a perfectly decent mince pie though. 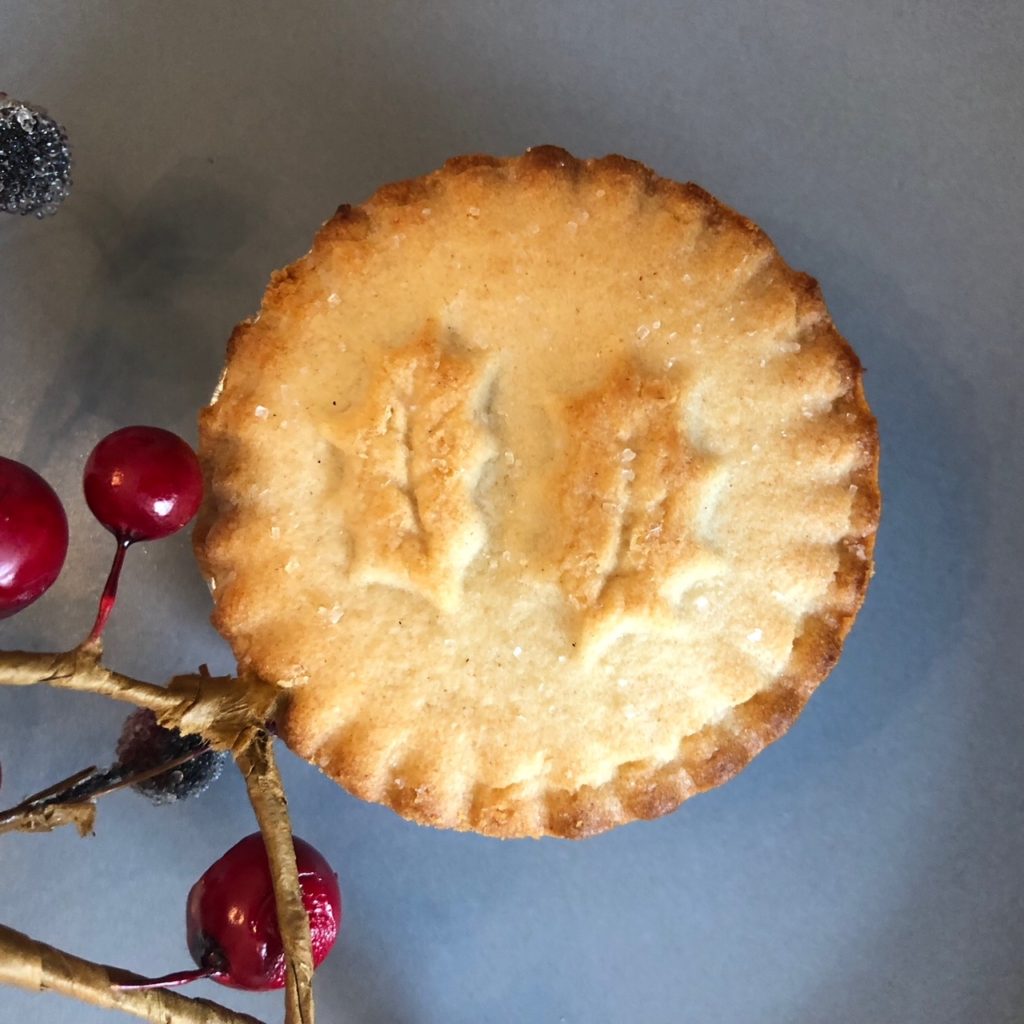 12) Aldi Speciality (£1.49) had a slightly soupy fruit filling but generally a good strong flavour. The pastry was nice and buttery but a little too thick. Cute dusting of icing sugar to look like snow. 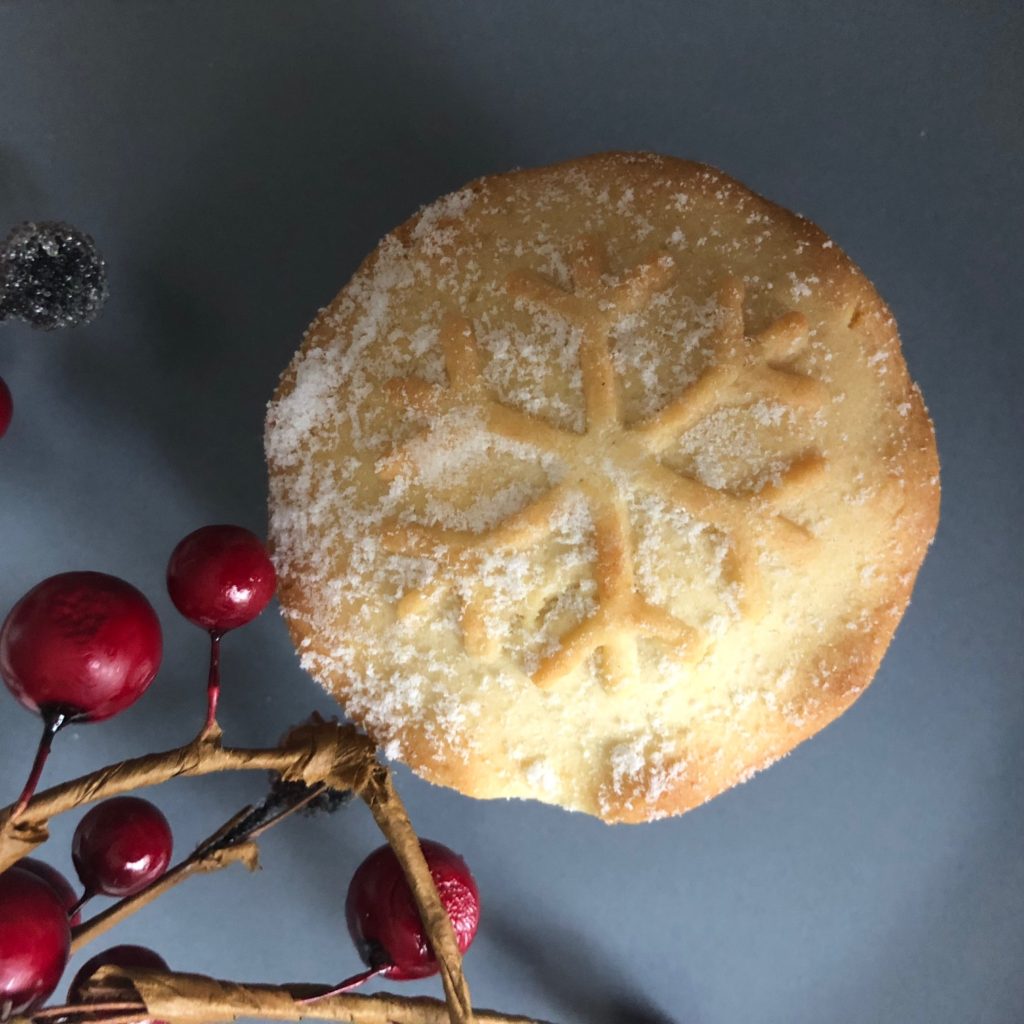 11) Co-op Irresistible All Butter Luxury Mince Pies (£2.00); I feel putting these pies at number 11 makes them seem far worse than they are, but from this position onwards, there is barely anything separating the pies. These had a pleasant pastry but it was too thick. They had a slightly different take on a traditional filling with almonds, walnuts, apples and cherries. The almond and cherries really shone through, which makes for interest, but doesn’t taste like a traditional mince pie. A good option for something slightly different though, and pleasing to the eye. 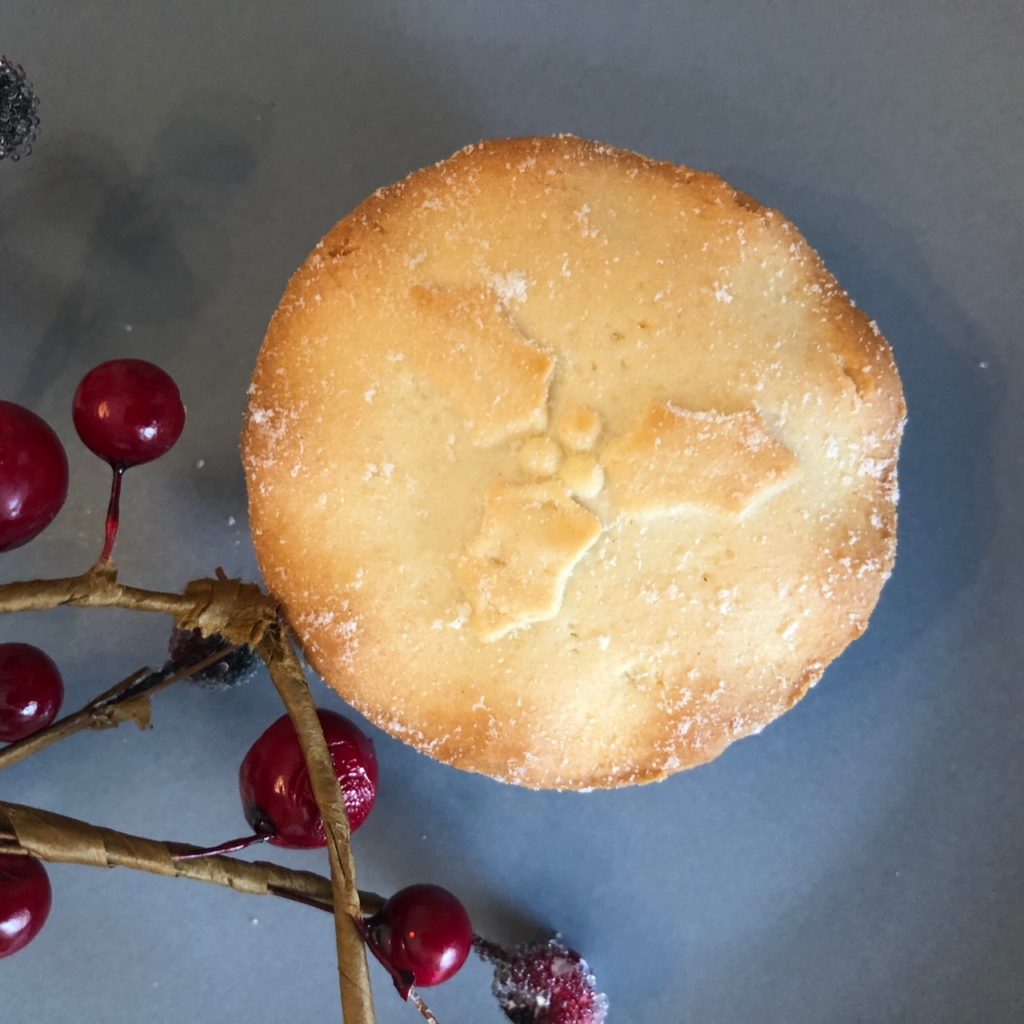 10) Holly Lane Deep Filled Mince Pies (0.79p) from Aldi have an excellent sweet pastry. The filling is pleasant but could have a slightly fuller texture and more depth of flavour to balance the sweet pastry. These are the cheapest by far, so if you’re on a budget these are amazing value for money. 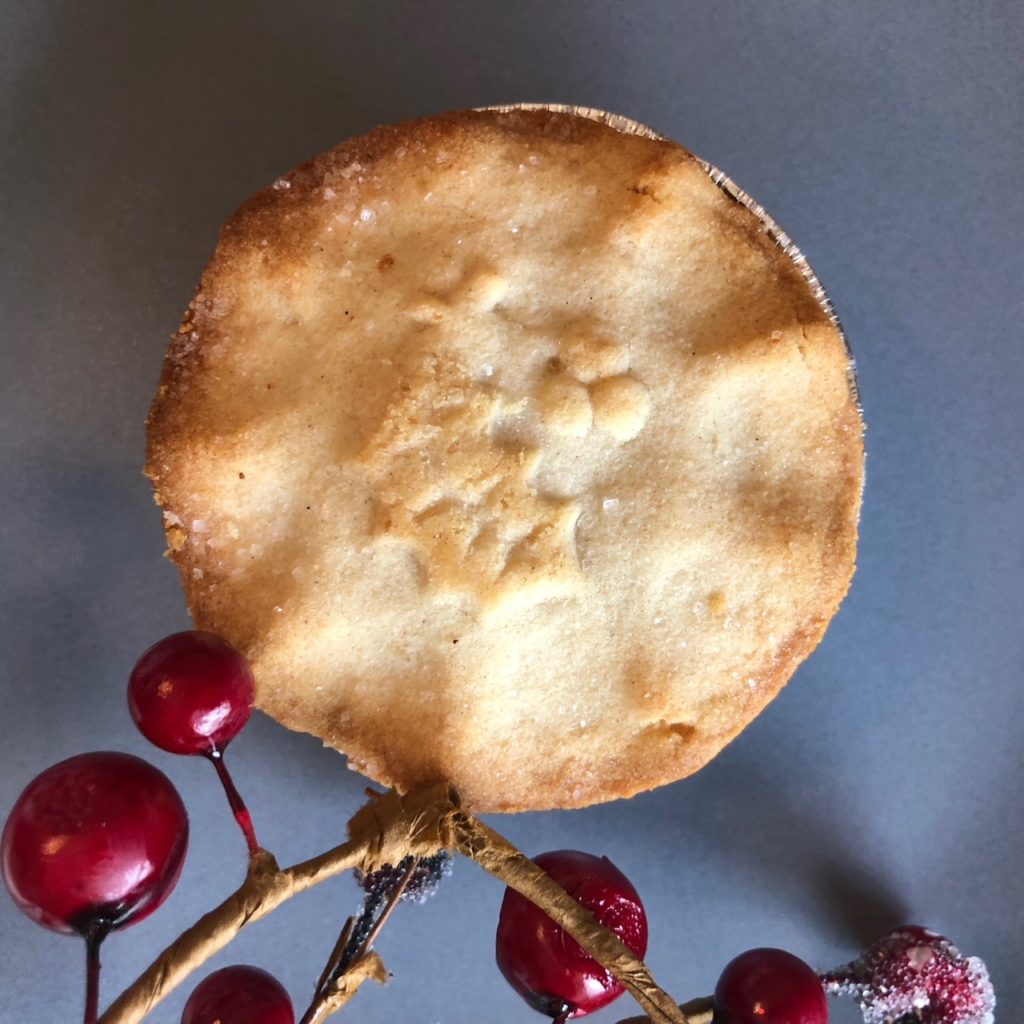 9) Morrisons The Best Mince Pies (£2.00), funnily enough ranked lower than Morrisons standard, but these are a delicious pie. The pastry is nice but again too thick (a recurring issue). The fruit filling is zesty and with a good texture. I like the design on these too, rustic and homemade-looking. 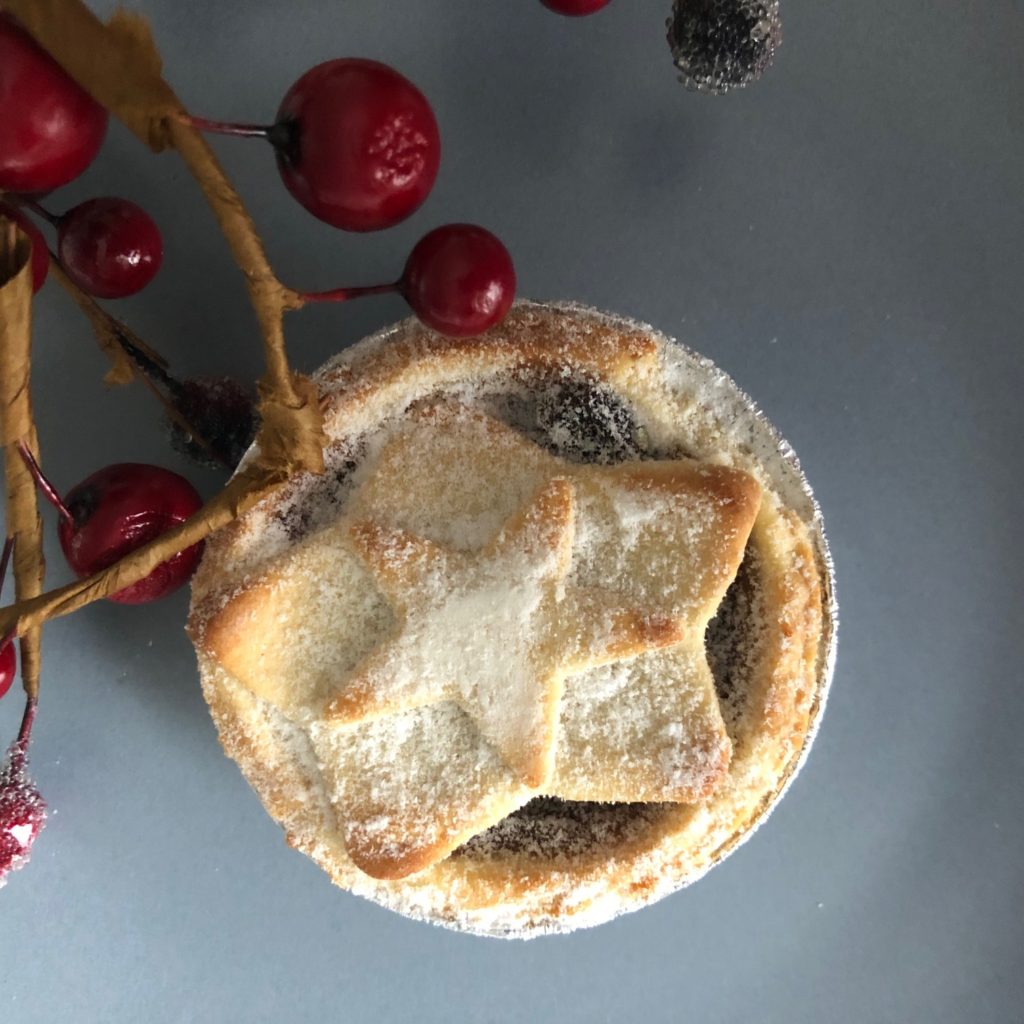 8) Duchy Organic from Waitrose are the most expensive pies of the lot coming in at £2.50 for 4. They are slighter larger though and organic, and if I was awarding a prize for best pastry, these pies get that hands down. The pastry truly is remarkable and rich and buttery, however the filling, although pleasantly spicy, is slightly too sweet and lacks depth, so they seem unbalanced. 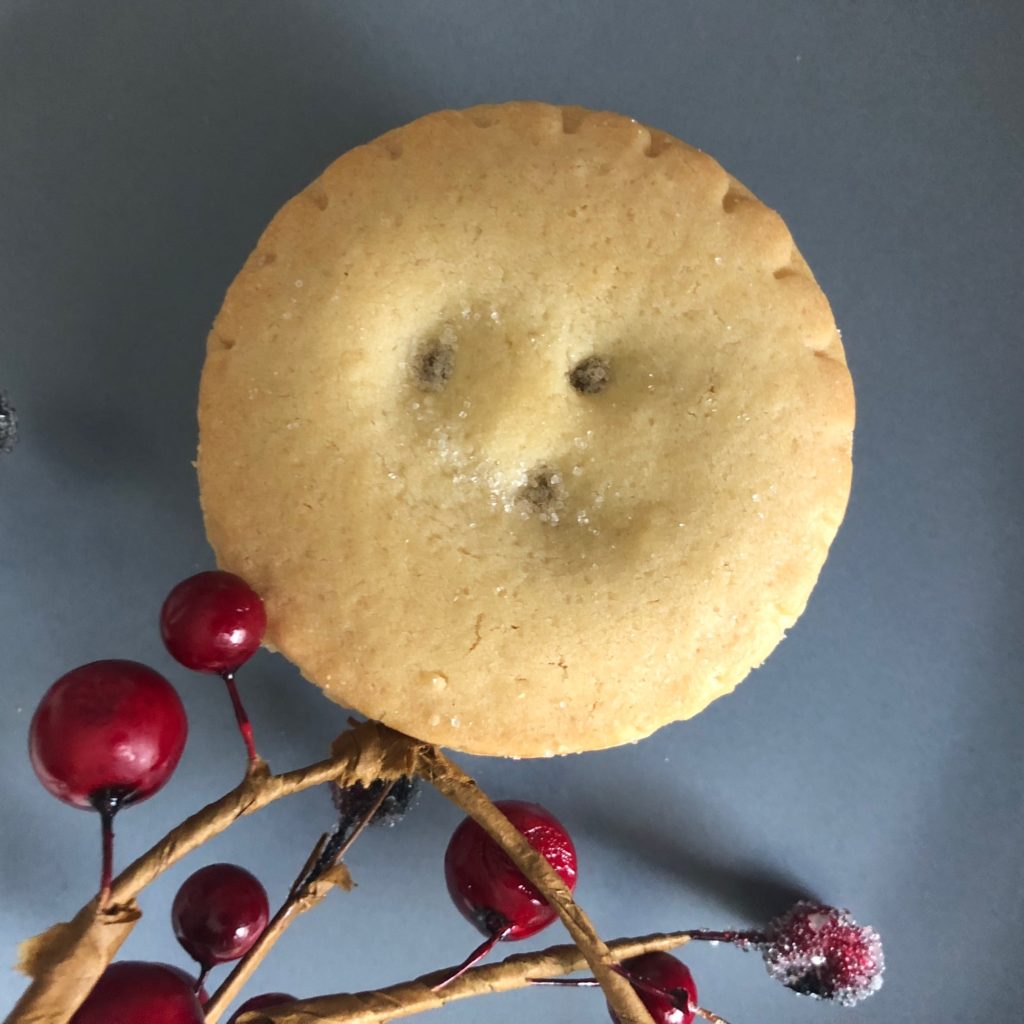 7) Waitrose All Butter Mince Pies (£2.50 for 6) have a pretty good, buttery pastry and have a robust and full-bodied filling. A good allrounder although a little spartan on decoration. 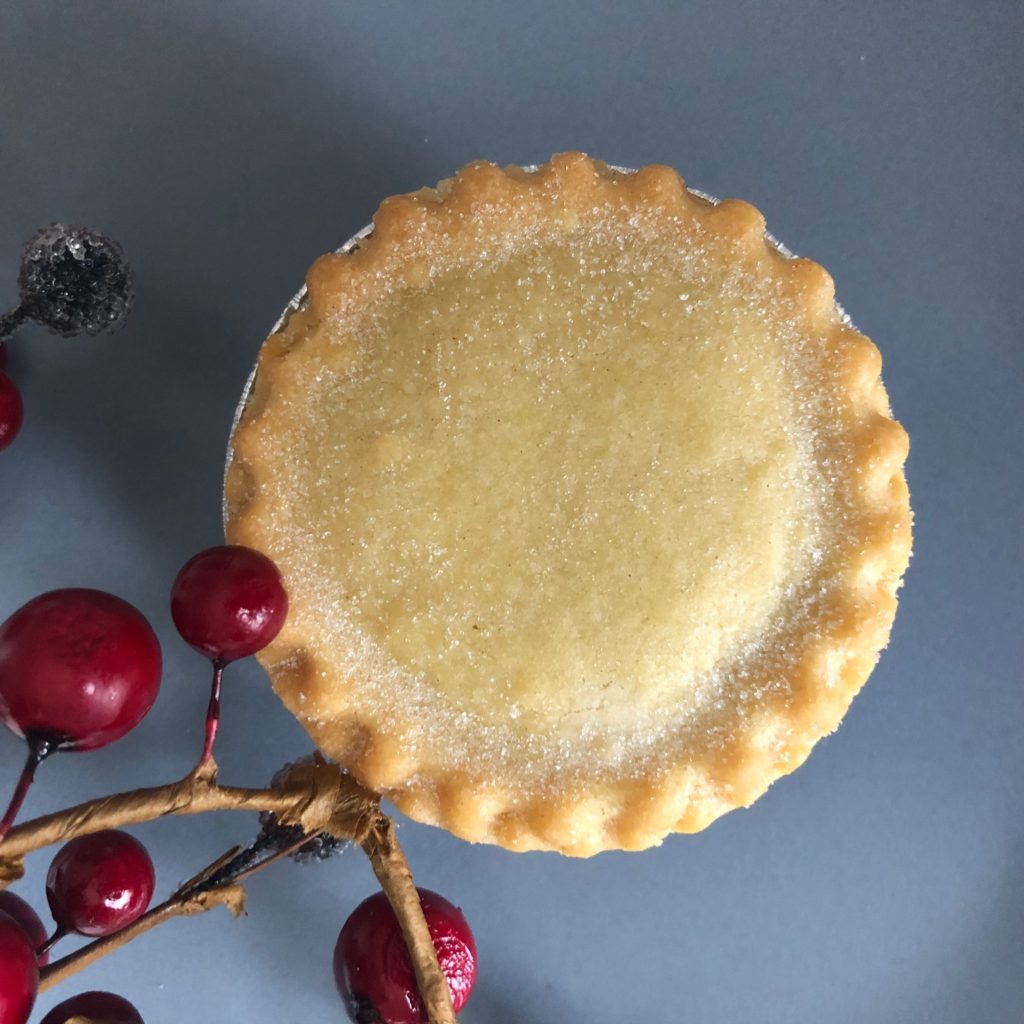 6) Asda Baked In Store (£1.00) although rather plain to look at are a joy. The pastry is thick, but these are bigger pies so it works in proportion. They have a classic, full-bodied fruit filling. Delicious! 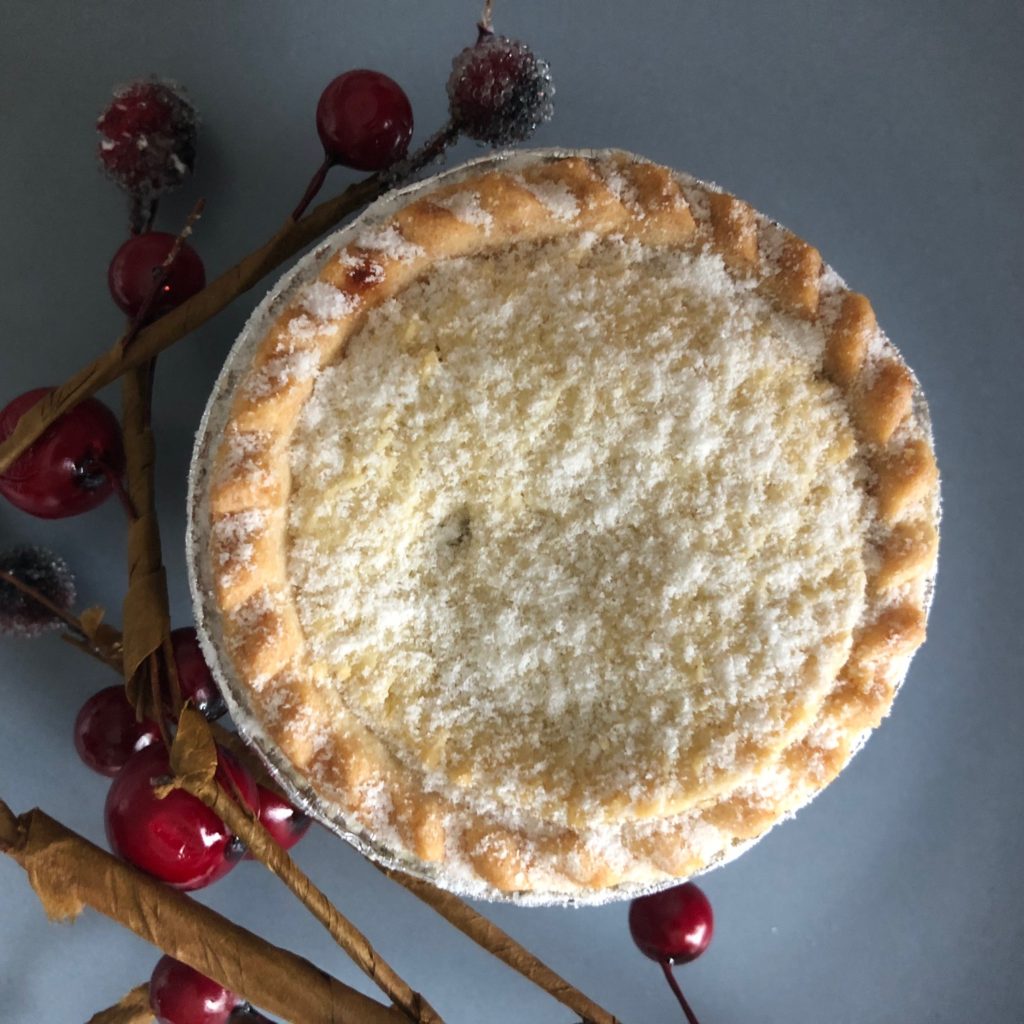 5) M&S Collection (£2.50) are rustic-looking and have a bold, full-bodied filling with lots of citrus. The pastry has a lovely flavour and is nice and crunchy. 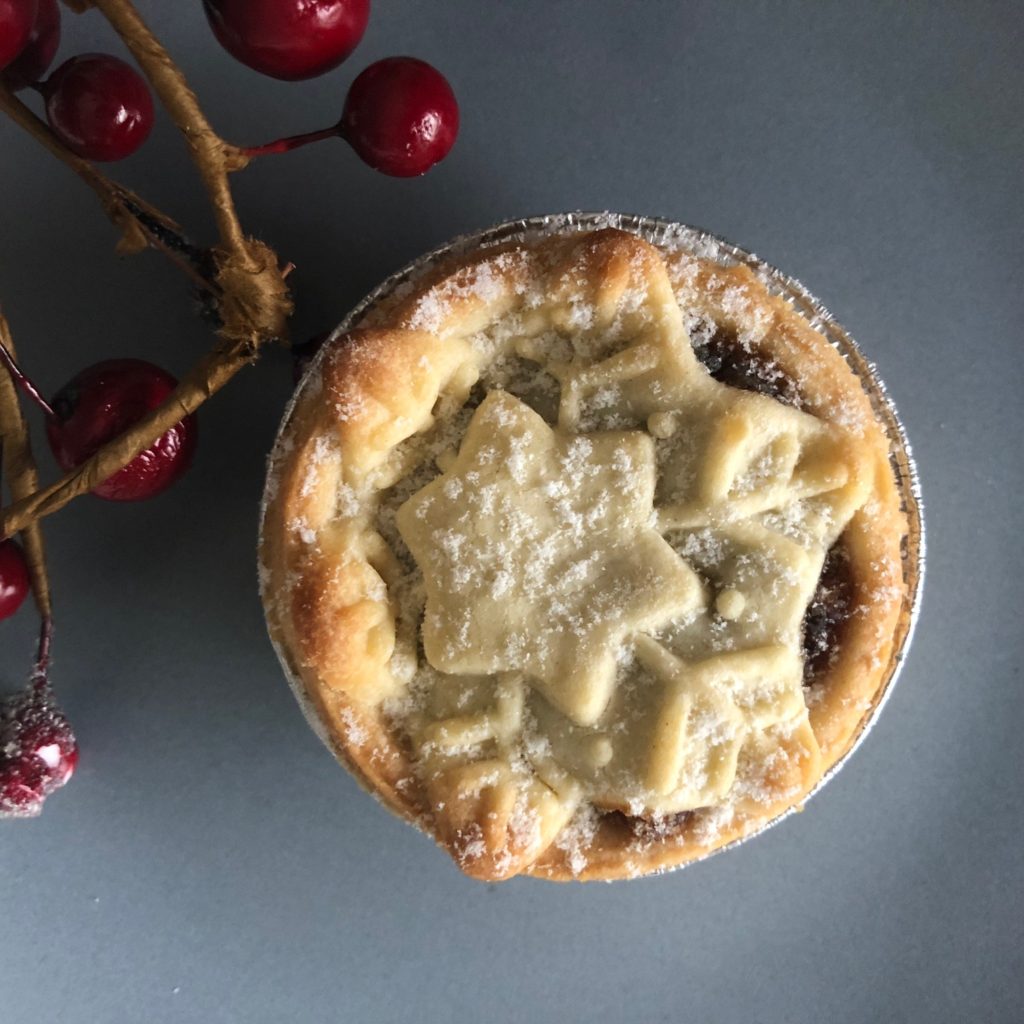 4) Asda 6 Mince Pies (0.89p) are excellent, and a bargain. The fruit is luscious and boozy, and the pastry totally yummy, if not a teeny bit too thick on top. These pies are rather small though. 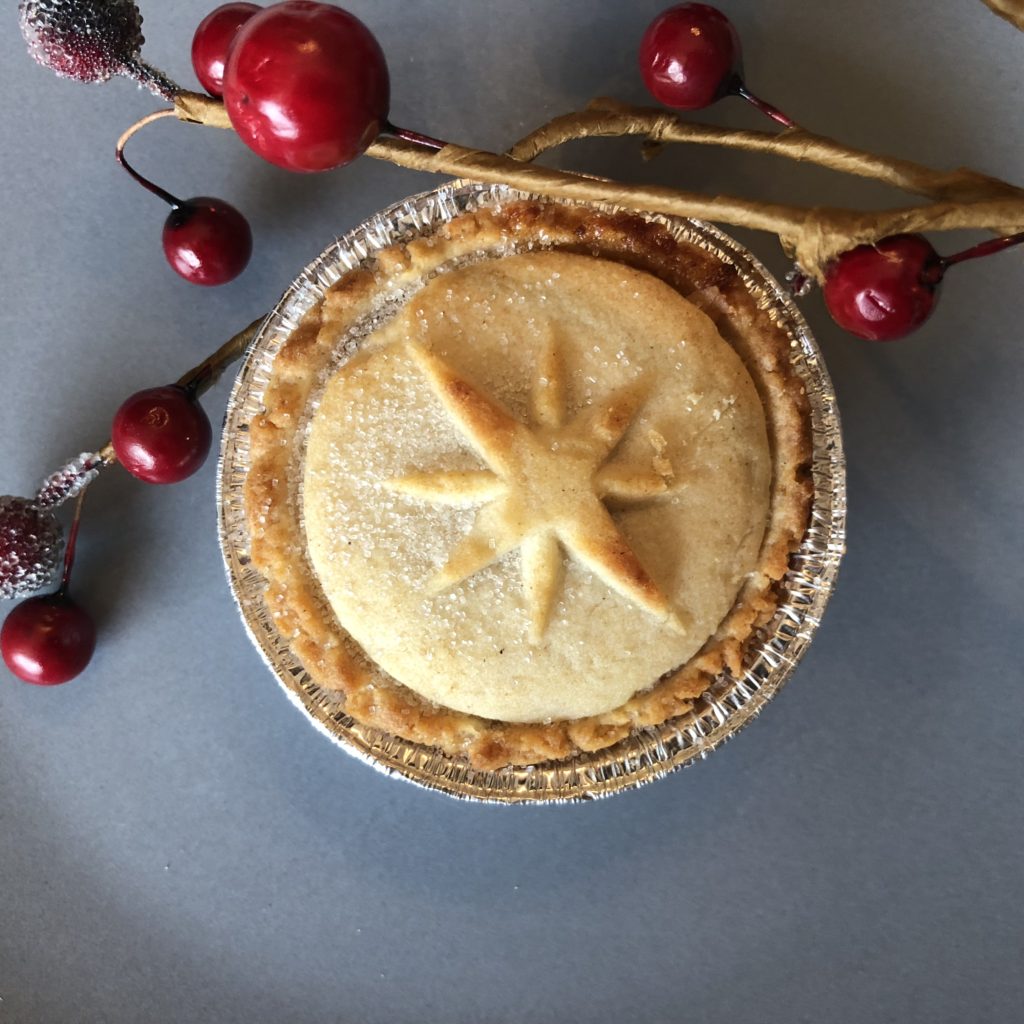 3) Tesco’s Finest (£2.00) have a really lovely pastry with not a hint of sogginess, and a beautifully crisp top. I enjoy the crunch of the sugar. The filling is great with rich, boozy fruit. Cute design too! 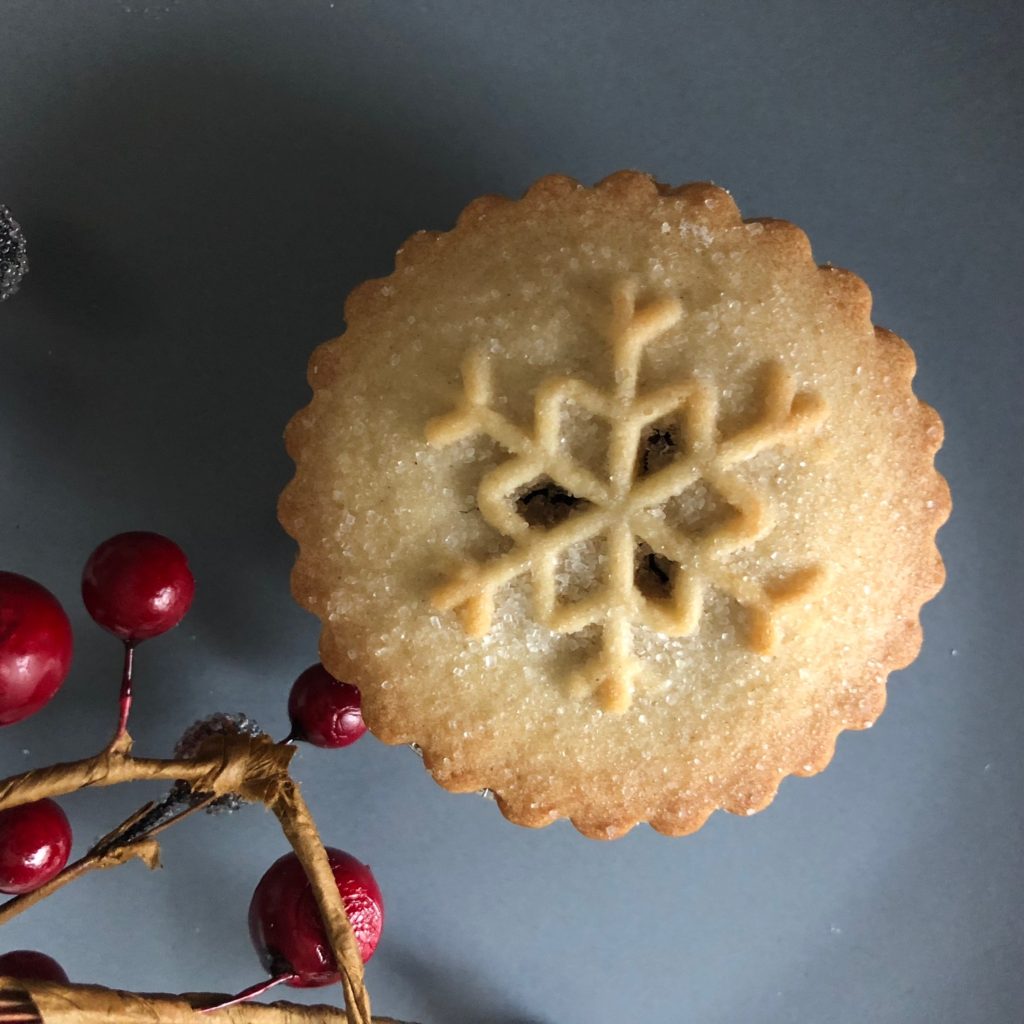 2) From the depths of despair with their appalling baked on site variety which was inedible, to the heady heights of this glorious pie, these Morrisons Mine Pies (£1.00) are simply amazing. They possess a lovely, thin pastry crust which is crunchy, and have a tangy, zesty, plump, generous fruit filling with a gorgeous burst of alcohol. It is certainly worth the journey to a Morrisons for these beauties. 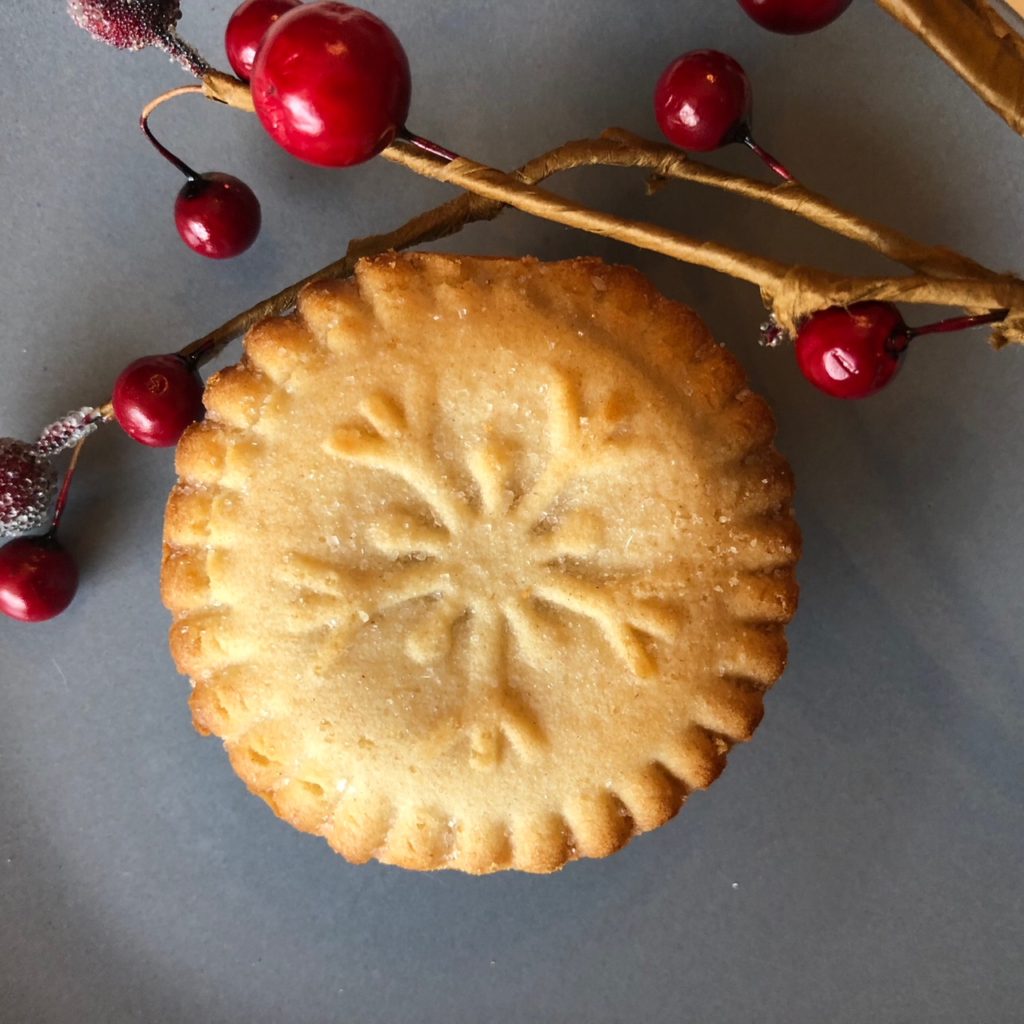 1) The winner of the Great British Supermarket Mince Pie Off is Lidl Deluxe 6 Luxury Mince Pies (£1.49). They have a depth of flavour from the cognac which is simply unmatched by any of the others. They have a nice citrus zing and the pastry is great. Well done, Lidl! 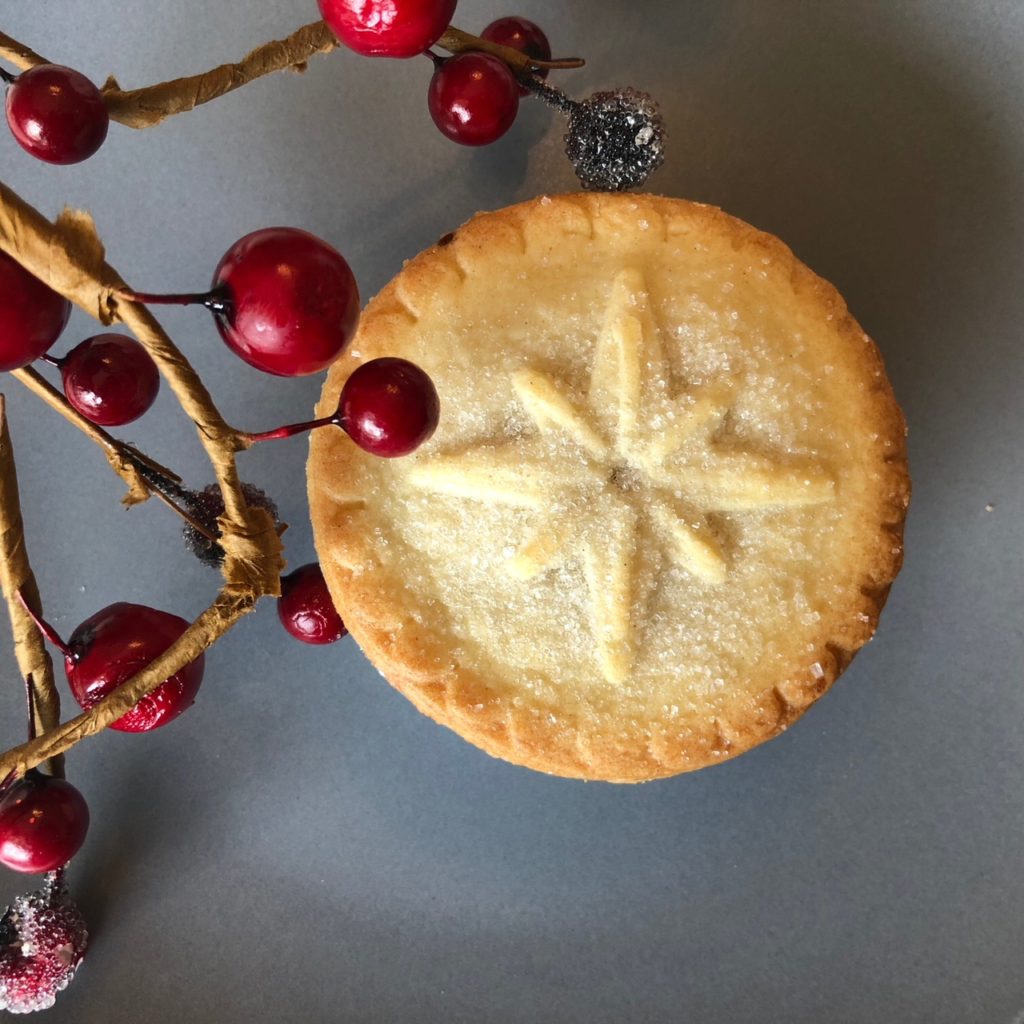